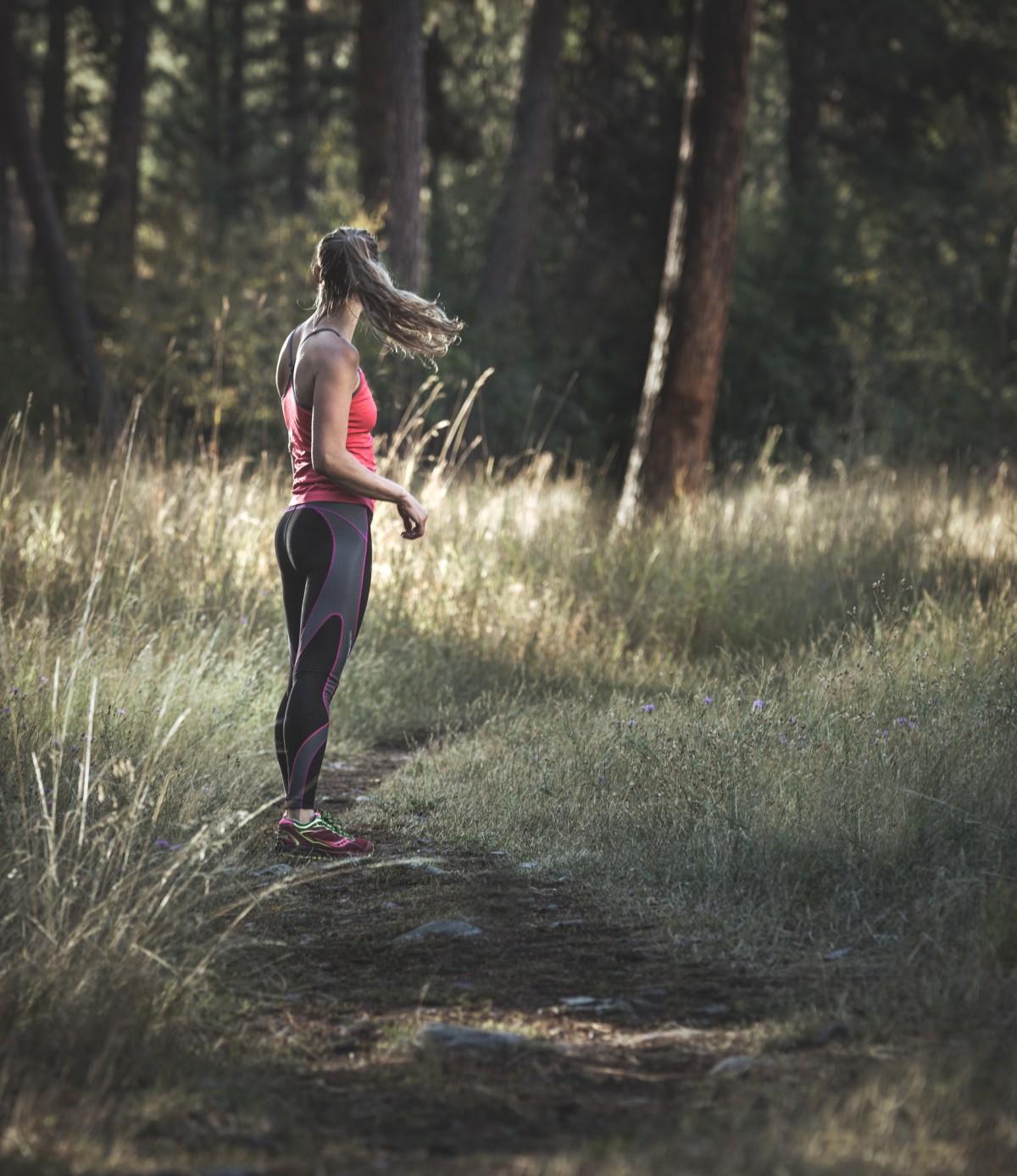 Outdoor athletes have always impressed me.  They push the limits of their body in uncompromising environments and seek the best within themselves.  In groups they never leave a buddy behind and as individuals seek challenges, take the calculated risk and surmount obstacles.  In other words, Grit.

Personal safety is your responsibility and responsibility sometimes requires a bit of planning – which reminds me of a story……….Years ago in the Pocono Mountains of Pennsylvania a seventeen year old boy thought up an ingenious plan to reduce transit time to a remote fishing spot deep in the wilderness.  He did so by riding a mountain bike in pre-dawn darkness down an ill maintained access road.

Careening down the steep rocky mountain trail proved any false move would crash him into certain oblivion.

About this time it dawned on him that he was miles from the nearest road, no one in the world had a clue where he was and it being 0’dark thirty it would be the entire day or longer until someone noticed him missing.  It just so happens that teenager was me and the only actual plans in my seventeen year old brain, naturally involved girls.

Who knows what disaster could have taken place but you get the picture.

Lets take a few minutes to remember the good habits we already know but sometimes forget when it comes to basic preparedness when venturing out. As Colonel Jeff Cooper said, “Safety is something that happens between your ears, not something you hold in your hands.”

SAFETY IN NUMBERS.  Speaks for itself.

CARRY YOUR CAR KEY.  It takes less time to thread your car key through the drawstring of workout clothing than to hide on a vehicle tire or under a gas cap – and by the way there’s a far better chance your vehicle will be there when you return.  We’ll suggest another reason in a bit.

A.) What you’re doing

C.)When you’ll return and what to do if you don’t.

A simple note, call or text message is cheap insurance.  True story: A guy went hiking in a desert and had to cut off his own arm to escape a tragic hiking accident.  He didn’t tell anyone where he was going.  His knife was dull.  They made a movie about that guy – don’t be that guy.

Better yet a smart phone.  Now, I know what a few of you are thinking – you’re thinking, But I’m a supreme athlete and way more minimalistically cool than those Power Walking, Sidewalk Jogging New Years Resolution people at the gym.  Yes that’s true, but carry a phone.  Benefits include communication, GPS, music, camera, a flashlight and apps – Lots of apps, workout apps, heart rate apps, clock apps, map apps and post work out pizza ordering apps.

A phone in a decent case, external pocket or bag will mitigate potential for damage.  Many phones also allow programming of family and friends as ICE(In Case of Emergency) contacts.  And remember in locations with poor signal reception, standard text messages may transmit even when phone calls do not.

Everyone who watches TV knows 911 Rescue Centers automatically find your phone’s GPS location and dispatch rescue helicopters within minutes, right?  Don’t count on it.  Even in populated suburbs with a precise location, it will take precious time for emergency personnel to navigate and respond.

By the way, which way is North?  Seriously, ask yourself right now – Do you know your cardinal directions?

While it may not always be feasible to carry an entire kit with you it is feasible to have a couple items on you and especially in your car.  My wife and I each keep a basic first aid kit, tourniquets and Quik Clot trauma paks in our vehicles.  You can get the latter online for $19.99 and you never know when it may come in handy in the field or on the road.  If you haven’t already or its been a while, consider taking a CPR AED and Stop the Bleed Course.

While communicating is a good rule you may want to consider against openly broadcasting plans.  Social media posts could attract the wrong attention so make public posts carefully.

A number of my law enforcement buddies call unnecessary attention to their personal vehicles with bumper stickers advertising, “Protected by Smith & Wesson”, Fraternal Order of Police insignias etc.  When I ask them whose vehicle is most likely to be targeted by a gun thief they typically walk away grumbling something unintelligible……

5. PREVENTION IS THE BEST DEFENSE

In the great outdoors hazards including four or two legged predators may pose a threat.  Humans are gifted with ability of observation, thinking, planning, intuition and instinct.  Use and trust them.  Consider switching a predictable routine and be mindful of music blasting headphones drowning out approaching danger.  Be aware of your surroundings, take natural cues and remove yourself from a situation before it escalates.

Personal space between humans may range three to ten feet depending although it should be recognized that humans can close a distance of twenty + feet in less than two seconds and an “unarmed” person can weaponize a rock, stick or even the ground.

The human body’s natural alarm response to a threat has been honed since the dawn of man.  This is commonly known as fight, flight or freeze.  When facing a threat we typically experience an adrenaline dump, increased heart rate, tunnel vision and impaired fine motor skills.  This in turn prepares your body’s core strength to take action.

If an attack is imminent, only the involved person can decide the best course of action.  Techniques often effectively employed to counter an attack vary although could include:  Creating a scene, dominating the assailant and escaping.

Something as simple as your car key clutched in a fist makes a last ditch improvised weapon and defensive tool.

” Remember, if you are attacked there are no time outs or do-overs.  Commit to your actions and never give up – if necessary, flip the crazy switch “

Defensive tactics and items: This is an entire topic in itself as self defense tactics and martial arts are a whole ball of wax.  Take a moment to develop your own philosophy by asking yourself: Is my life worth defending?

If self defense poses a concern for you, talk to a professional, better yet talk to five professionals and question their motives, ideas and reasons.  Get full and comprehensive answers, information and experience to satisfy your curiosity.

Should you wish to carry a defensive item become knowledgeable, comfortable and proficient with that item.  The mere watching a video, scanning the internet or taking an introductory class does not translate to proficiency.

Remember, if you are attacked there are no time outs or do-overs.  Commit to your actions and never give up – if necessary flip the crazy switch.

CREATE YOUR OWN RULES

Next time you venture out consider this information.  We all want to maximize enjoyment outdoors.  Whether it is a small mishap or serious emergency a few simple precautions will provide peace of mind and lend to a favorable conclusion.

Is an American Private Investigator & Security Consultant based in Topton, Pennsylvania USA